Utch Records continues to expand a solid catalog of techno music from the south of the world with the expected release of the artist behind Illegal Allien Records, Ricardo Garduno.
Impulsiveness ep / utch ep 0031 includes two tracks deeply made for the dance floor.
Impulsiveness y a dark and rampant piece of minimal techno with hypnotic references and nervous sound effects that waver during the almost five minutes of the track; while Worth Ending, is a crossing of sounds that directly attack the brain with noises and effects that appear and disappear from nowhere to take the listener to a mind state of alteration and futuristic projection. And this it not new, Ricardo Garduno is constantly searching for music inspiration, getting ideas from anywhere and putting them together in his creations, always exploring sounds and express himself in many ways, crating different types of Productions, that involve, textures, melodies, rawness, hypnotism and anything that inspires him and help him to make his music.
Garduno is no stranger to the global Techno industry. Founder of Illegal Alien Records in 2007, one of the most respectable Techno imprints in the world to date, based in Mexico and currently runs it along Aleja Sanchez, DJ Saint Pierre, Fixon, Fixeer and Mari Mattham.
He has many successful productions released on some of the most reputable Techno labels at the moment such as, Warm Up Recordings, Nachtstrom Schallplatten, Northallsen Records, Attic Music, Sleaze Records, Intacto and Machine Box just to name a few, Ricardo also has numerous gigs on some of the most important Clubs and Festivals around the world.
Buy this release hereÂ 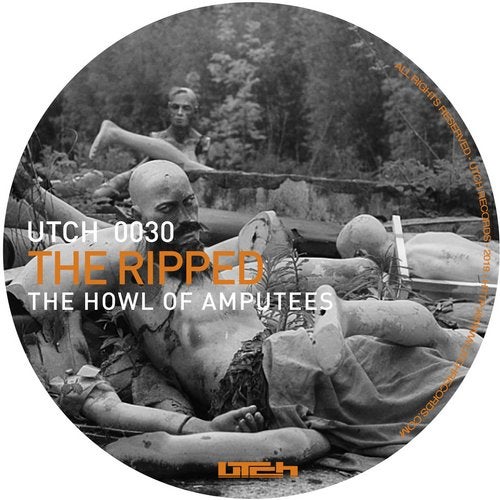 “This ep is a tribute to all animals amputated and killed in the wake of the Soviet experiments on resuscitation of clinically dead organisms by Dr. Sergei S. Bryukhonenko in the mid-1940s”
The reference 0030 of utch records includes two new The Ripped style tracks. Both come full of dark atmospheres, science fiction, industrial landscapes and a working sense of electronic rhythm.The Howl of the amputees ep includes 2 original cuts that drag the hypnotic techno to a new level of intensity. But this is not strange, it is rather a constant in the productions of this Chilean artist, since his works are usually based on the repetition (or suspension) of a sound or note that remains constant throughout the track. Everything carefully mixed and where the tone seems to slowly rise to a spiritual journey that induces a frantic sound hypnotism between body and mind. Less locomotive, more “dark futuristic techno”. 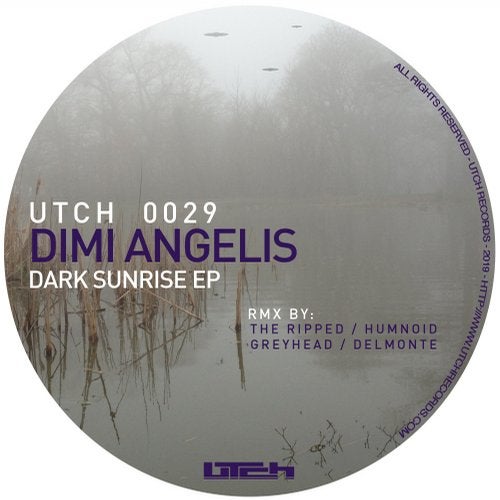 Utch Records extends it’s solid catalog with a release by Amsterdam based produced ”Dimi Angelis”.â€¨Dark Sunrise EP is a sturdy package of two dark and modular dancefloor killers Techno cuts and four rmxs from the best national artists of our label.
It contains 2 original tracks and 4 remixes done by Chilean artists The Ripped, Humnoid, Greyhead and Delmonte ðŸ“¡ 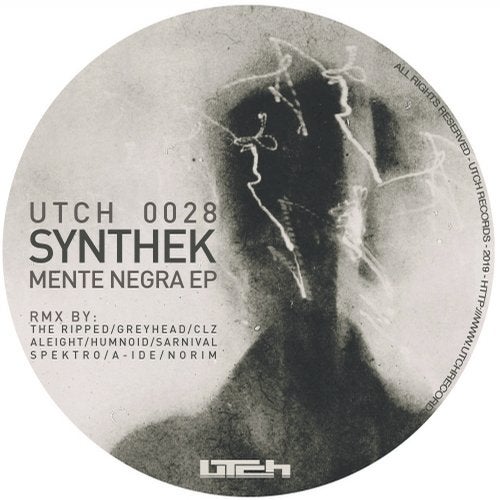 Synthek, the head of Natch records release his first ep for Utch Records, an original track and 9 rmxs with the best national artists of the Chilean label.
10 tracks of futuristic and modern techno music to introduce the club ravers in a deep and rhythmic spiritual state. 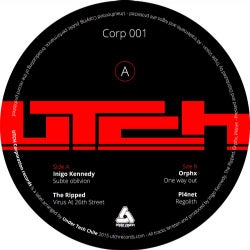 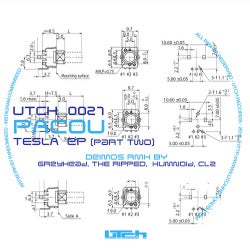 Pacou, the standout German artist presents TESLA, an ep that includes rmxs of the best national artists of Utch records; The Ripped, Greyhead, Humnoid, Gronotek, CLZ, Delmonte, Rizherr and Sarnival will be those who give new form to the original tracks included in releases 0026 and 0027. 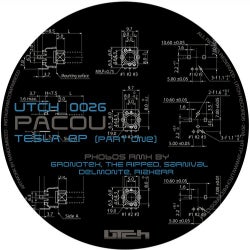 Pacou, the standout German artist presents TESLA, an ep that includes rmxs of the best national artists of Utch records; The Ripped, Greyhead, HUMNOID, Gronotek, CLZ, Delmonte, Rizherr and Sarnival will be those who give new form to the original tracks included in releases 0026 and 0027. 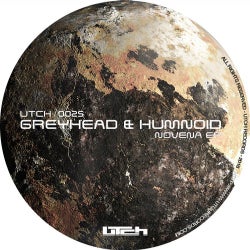 Greyhead, the owner of the Chilean techno label K-84 and Humnoid one of the most interesting producers of the new generation of technoheads in Chile give shape to this new release on utch records with an ep full of concept, triping dark landscapes and futuristic layers.
Available soon in Itunes, Beatport, Junodownload, and your favorite digital store!!! 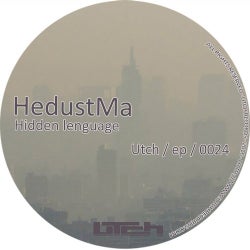 Hedustma is the project of well-known psytrance producer Ovnimoon aka Hector Stuardo…more… click to collapse contentsâ€¨… focused in the mystical techno trance path, exploring ideas with dark moods, mystery, deeply hypnotic beats and heavy atmospheric forms bringing a new way to find a trance state.
In 2016 Hector was searching for fresh ideas to produce different music than usual, and finding that the underground techno scene attracted his interests, the project Hedustma was born to show his personal form of expression in this style. 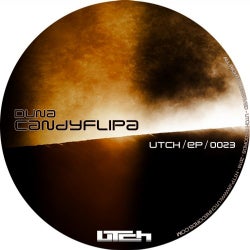 The Chilean techno duo present their first ep in Utch Records; a conceptual and minimalist techno release with some dark and industrial landscapes. 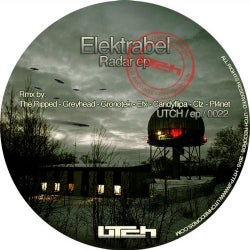 Elektrabel, real name Tomas Hartl, is a part of the top of Czech electronic scene. Native BÅ™eclav dictates many years the hardest, but the most intelligent way of electronic music for listen. To date, he played almost in all clubs and festivals in the country, even a few respectable places in the world like Tresor Berlin or Tokyo Womb. The first time he gave known about himself was through the Czech Virtual Label, which was published in 2001, his debut Untitled. Two years later he succeeded with unprecedented. His production saw Jeff Mills, who later on the sub-label of Axis Records 6277 gave Tomas the first foreign vinyl MISSION 01 – Elektrabel EP. About two years later came the further cooperation and the next release Crocks, marked the forthcoming LP For Various Reasons, released as MISSION 04 which had success with critics and the general public too. Later that year, issued the fifth Mission – Trefa, which only confirmed his strong position on the top. Followed by Edensonic, Pohjola and Antiritmo, which later added other smaller or bigger labels, where he is releasing at the present. His sound is still characterized by hard-hitting rhythms and hypnotic synthesizers loops, but recently also with dense pads and slower minimalistic beats, when one or another part of the production he plays based on the character of the event.

The Best of UTCH 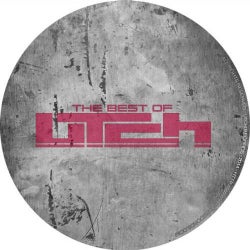 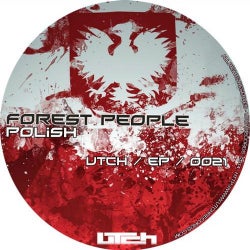 A – Forest People – Dog in Elevator
B – Forest People – Polished dog in elevatorWho is Forest People?
Forest People is the alter ego of young deejay and producer from Bosnia and Herzegovina.
BiografÃ­a
Forest People is the alter ego of young deejay and producer from Bosnia and Herzegovina, Dragan Lakic. Born and raised in the small town of Prnjavor, Dragan first got in touch with electronic music trough a friend who gave him an album of Mauro Picotto. His interest in techno and minimal music grew fast and he soon discovered the beautiful world of electronic music. After some parties Dragan got to know the right people and started mixing records in 2004, and soon playing in few towns of Bosnia and Herzegovina. It did not take long before Dragan started producing tunes and soon proving to be a natural talent, his techno is starting to get recognition from deejays and producers from all around the world. Dragan Lakic aka Forest People has released music on many different labels,to name few of them: DMOM, Toffler Music, N.O.I.A. Undrerscore, Butane, Finetoolâ€¦
Upcoming releases are on: Brood Audio, Driving Forces, Elektrax, Android Muziq, Labrynthâ€¦
His music is supported by Chris Liebing, Len Faki, Technasia, Alex Bau, Erphun, Shin Nishimura, Drumcomplex, Snello, Fallhead, Roland M Dill, Anderson Noise, Autistic, A. Paul, Tomy DeClerque, Virgyl Enzinger, Mark Morris, Octave, Rennie 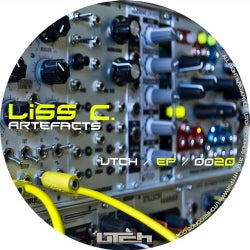 Who is Liss C ?
Liss Casaro, better known as LISS C., started on music scene 10 years ago. From 242, Kraftwerk, Joy Division or Sleeparchive are some of the inspirations of his personal â€œvisionâ€ of music.
Always walking about techno, he started to produce 4 years ago, trying to show his personal way of techno, where has been supported/played by top artist, like Danny Tenaglia or Rino Cerrone to name a few.
Influences from London to Berlin, where he is actually based, energetic sets, loud basslines and acid tick, is what you can expect from Liss C.
Label owner of LGM, LCR and his new own vinyl brand LC SERIES, where we will find talented artist like, TRUNCATE, ATTEMPORAL, SAMULI KEMPPI, MISS SUNSHINE and many more. Already supported as well by top artist like, Marco Carola Dj Hiperactive, Gabriel Ananda or Michel de Hey.
Liss C. is actually building up his first live set, that will be out shortly!
DescripciÃ³n
LISS C.
(LC SERIES) / (LCR) Berlin, Germany. 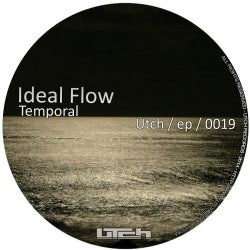 Who is Ideal Flow? 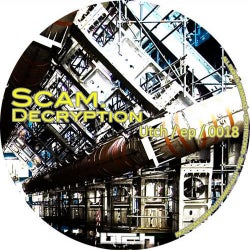 Scam. – Decryption ep
This release will also include rmx by Svart1, Temporal Transmission 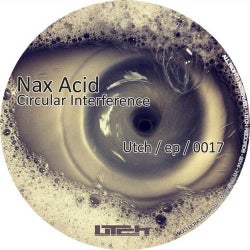 This release will also include rmx by Jeff Rushin & The Ripped 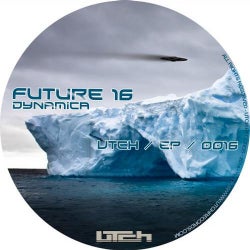 This release will also include rmx by Mental Resonance & The Ripped

Who is Future 16?
Co-owner of RectoVersion Records
BiografÃ­a
Future 16 is a new project by the neapolitan producer Daniele Esposito, class 1989.
His own concept is made by innovation, spatiality and to break down standard music barriers, fusing elements of every genre that influenced his sound design.
After first steps moved as “Dj Danko”, he finds a new musical dimension together with a new aka, receiving soon support by lot of artists, like Jonas Kopp, Mike Parker, Pfirter, Shifted, Developer, Truss, Truncate, DVS1, Oscar Mulero, Edit Select, Alan Fitzpatrick, Cio D’or, Dadub, Norman Nodge, Inigo Kennedy, Arnaud Le Texier, Deep Space Helsinki, Dj Deep, Terence Fixmer, just to name a few.
In 2013 is finally ready his own 12″ and dgt label “Rectoversion” (based on the transmigration of the concept of the homonymous painting movement within the music scene), founded with his friend and music partner Gennaro Russo aka Logotech \ Alpha Code, which sees, on the first release, the appearance of the collaboration formula on original mixes plus remixes by Tadeo and Area Forty_One.
Future 16 is also spinning a parallel and more experimental project available just on Bandcamp. 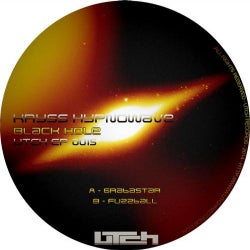 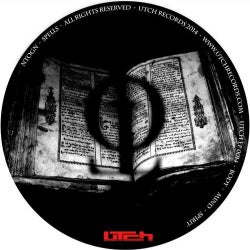 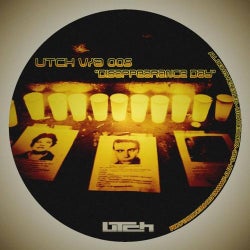